Session Title: The emergence and dispersal of Homo sapiens in Indo-Pacific region-digging down the regional diversity and processes in the Late Pleistocene

Report
The PaleoAsia Cultural History Project organized the session “The Emergence and Dispersal of Homo sapiens in Indo-Pacific Region -Digging Down the Regional Diversity and Processes in the Late Pleistocene” (conveners: Yoshihiro Nishiaki (A01), Rintaro Ono (A01), Chris Clarkson (The Queensland Univ.) and Atsushi Noguchi (A01)) in the 23rd IPPA congress in September 23-28 2018 in Hue, Vietnam Hue. As the project member, Takuya Yamaoka (A01), Rikai Sawafuji (A01) as well as Rintaro Ono and Atsushi Noguchi gave papers with 5 other presenters from Russia, the United States, China, the Philippines and Austria. Papers given in the session discussed various archeological and anthropological evidences on the emergence and dispersal of Homo sapiens in wide area of Southeast Asia, Oceania and East Asia. Active discussions involving participants were held through the session. (Atsushi Noguchi, Nov 1, 2018) 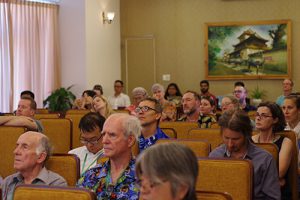 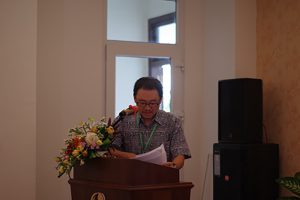