A01: A chrono-spatial framework for the emergence of modern humans and their cultures in Asia

The A01 research team develops an extensive archaeological database (PaleoAsiaDB) that covers the Middle and Upper Paleolithic sites of Asia in the period ca. 100–20 ka, spanning the time when Homo sapiens is known to have made dispersals into this region. The database comprises a list of related sites, their geographic co-ordinates, and information about stratigraphy, dates, and finds including fossil and lithic remains. The major aim of PaleoAsiaDB is to facilitate investigating variability in cultural dynamism around the time of arrivals of H. sapiens in Asia. The database is also aimed at providing a solid basis on which various models proposed by other research teams can be tested, specifically in relation to dispersals of H. sapiens and their possible interaction with indigenous hominins.

The PaleoAsiaDB is developed as a result of our previous database, NeanderDB, which was produced as part of the RNMH 2010–2014 (Replacement of the Neanderthals by Modern Humans) research project. This initial database dealt with archaeological sites from approximately the same time-span but focused on western Eurasia because it emphasized the distribution and fate of Neanderthals. PaleoAsiaDB, in contrast, targets related sites in central and east Eurasia, allowing comparative analysis of the different regions of Eurasia on a continental scale with the aim of highlighting distinct patterns in the cultural dynamism that appeared and were manifest in Asia around the timing of the emergence of H. sapiens. The structure of PaleoAsiaDB will be adapted from NeanderDB, but modified to accommodate the specific issues posed by the vast geographic extension and the uneven availability distribution of reliable data across regions and/or Asian countries. Moreover, the construction of PaleoAsiaDB involves both systematic investigation of literature as well as original fieldwork and laboratory studies to enrich the data available for regions that lack sufficient chronological and cultural context despite their importance. 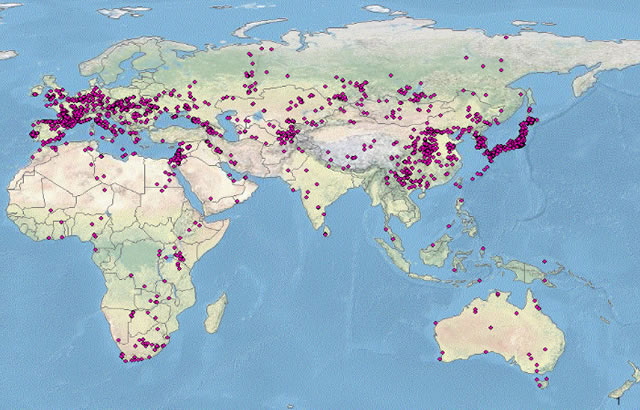