The prehistoric expedition to the South Caucasus

Summary:
This project originally started to investigate the origin of the food producing socio-economy in the Southern Caucasus. Excavations thus far conducted at Neolithic settlements in the middle Kura valley, Azerbaijan, have revealed that the oldest farming practices were introduced in this region about 8,000 years ago via close links with regions in the Middle East to the south. The project has now shifted its major emphasis onto earlier periods of the Mesolithic and Palaeolithic so that the cultural changes in the late Pleistocene can be understood in a longer perspective. 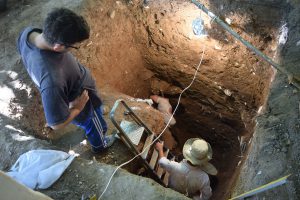